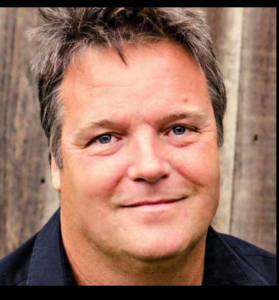 Barry R. Norton – Artistic Director
Barry is happy to be back with Lakeland Players taking on the role of Artistic Director. No stranger to our stage Barry was last seen as Tevye in Fiddler on The Roof. He will be directing our fall production of Always Patsy Cline. Barry holds a B.A. in Theatre /Directing from Columbia College (85) and an M.A. from Concordia University. At Columbia he studied under the late Sheldon Patinkin and the Steppenwolf Theatre Ensemble. With over 35 years of both directing and onstage experience, he has previously held positions as Artistic Director and Board Member for Woodstock Musical Theatre Company.at the Woodstock Opera House. He has earned a Heart Award for his work on Always Patsy Cline and the WMTC Encore Award for 2014/15 for Oliver. Nominated for Broadway World Award for Best Direction of a musical Oliver for Woodstock Musical Theatre Company, His directing credits include both Professional and Community Theatre work. Some of his work includes Mamma Mia, Nunsense, Joseph…Dreamcoat, Oliver, Annie, Crazy for You and Always Patsy Cline for WMTC, Hairspray and Fame for Brightside Theatre in Naperville, Seussical, The King and I for Footlighters Theatre in DesPlaines, Hello, Dolly! for RCLCP in Crystal Lake, Cinderella, Bye, Bye Birdie, The Wiz, The Outsiders, Annie Get Your Gun, The Wizard of Oz, Fiddler on the Roof, Oklahoma, and The Music Man. When not around the stage directing, set designing and painting, Barry can be found teaching his fourth graders in Chicago and spending time with friends and his dog Mia. Barry is excited to be able to carry on the dream of our late director David Whitney who he has known for 35 years. He would like to thank the Lakeland Players Team for welcoming him aboard!!

No Replies to "WELCOME OUR NEW ARTISTIC DIRECTOR"